Kim Kardashian Slammed for Bragging About Her Skinny Figure 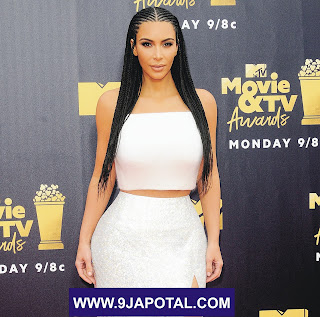 Kim Kardashian is facing backlash for accepting compliments about her incredibly fit physique.

The Selfish author, 37, showed
off her trim figure on Sunday, July 29, in a formfitting ensemble while attending the City of Hope’s charity poker tournament in Los Angeles alongside Kris Jenner, Kendall Jenner and Khloé Kardashian.

Khloé chimed in too, telling the KKW Beauty founder that she looks “anorexic” and resembles “a walking FaceTune,” referencing the celeb-favorite photo editing app. Kim told the Good American founder, 34, that she is “down to 119 lbs.”

Kim’s followers took to Twitter to condemn the famous family’s remarks. “Kim Kardashian’s Instagram Story of her bragging about how skinny she is makes me wanna vom,” one user wrote on Sunday. Added another:

“I’m just gonna say this. Using the words ‘anorexic’ and ‘you look like you don’t eat’ as compliments is disgusting. Even if you’re saying them as a joke. An eating disorder should never be used like that.”

Other tweeters slammed the E! star for sending a dangerous message to her fans. “@KimKardashian what kind of bulls—t message does this send to your mainly young and female audience,” wrote a user.
Another noted, “To anyone who watched Kim Kardashian’s insta story where everyone went around in a circle and praised her for ‘looking like she’s not eating’ and being ‘sooooooo’ skinny’ — this is your reminder that you don’t have to be thin to be gorgeous. You is fine mama, every piece of you.”
chipplux cee 18:49
Share to: Tweet Facebook
URL Print Email
Labels: UK/US GOSSIP
Reactions:
Newer Post
Older Post